Turkey’s largest international film event, the Istanbul Film Festival, is hosted this year for the 37th time by the Istanbul Foundation for Culture and the Arts (Ä°KSV). The most qualified, anticipated and successful films from Turkey and around the world will be screened at the festival.

The most successful examples of world cinema, cult classics, films by expert directors, recent discoveries and hidden treasures will be presented at the festival. Some 198 feature films and 12 short films will be included in the festival. A total of 210 films by 128 directors from 43 countries will be screened in 18 categories over 12 days. In addition, lectures, concerts and special events will feature guest directors, actors and actresses.

Meetings on the bridge

The first event of the festival will introduce Turkish filmmakers to professionals from the international sector. The Meetings on the Bridge co-production platform will be held during the festival from April 6 to 13 for the 13th time.

During the Meetings on the Bridge Film Production Workshop, Work in Progress and the Voisins Workshop, post-production projects and films of fictional and documentary feature films will be presented to the international film sector on April 12 and 13. Along with Cinema Talks, where experts will discuss new developments in the visual-auditory sector and filmmaking, there will also be an introductory program for representatives of international markets and funds.

The Meetings on the Bridge Awards will be presented at the Closing Ceremony on April 13.

One of the new sections of the 37th Istanbul Film Festival this year is No More Flowers. This section is designed to showcase films with strong heroines who rebel against societal pressure by taking control of their own lives and standing up. Ten films from Iran, Belgium, Argentina and Georgia will be screened in this section, including: â€œScary Mother,â€ a multi-award-winning absurd comedy focused on women’s liberation; “Negar”, directed by Rambod Javan, one of Iran’s most famous television and film actors; â€œNumber Oneâ€, which tells the story of a businesswoman in France; “Skin and Men”, mocking virility, loyalty and vulgarity and “Alais” by Argentinian director Anahi Berneri, in which she paints a realistic portrait of a social and economic rupture.

One of the world’s most esteemed directors, Ingmar Bergman will be commemorated on his 100th birthday at the 37th Istanbul Film Festival. During his long career spanning 1944 to 2003, he shot 45 feature films, wrote screenplays and directed more than 170 plays. The Swedish director has also shaped the careers and films of various filmmakers and created some of the most impressive films in contemporary cinema. The director has often focused on philosophy and touched on issues such as family, death and spirituality, some of the most fundamental and widely discussed concepts.

A total of 210 films from various categories will be screened throughout the festival, making it difficult to choose a couple to watch. The following is a small selection of films that have captured the attention of world festivals and international audiences for their superior cinematography and content.

The island of dogs 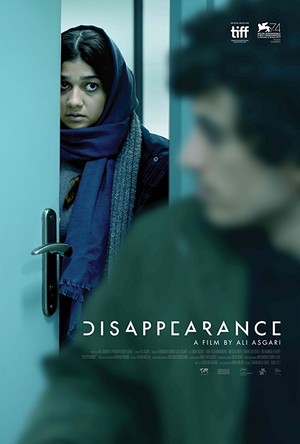 From the director of “A Fantastic Woman” as well as an Oscar for Best Foreign Language Film and one of last year’s Filmekimi hits, Sebastian Lelio’s new film “Disobedience” stars Rachel McAdams and Rachel Weisz and looks at female characters who meet challenges with empathy. Ronit, a successful photographer living in New York, returns to London after the death of her father. The Jewish community gives him a cold welcome. Her childhood friends, Esti and Dovid, got married and became teachers with renowned places in the community. These friends, who were close in their youth, begin to question their identity as adults. This multi-layered film full of nuances and a delicate approach to common beliefs and individual freedom will accompany you for a long time.

First shown at the Berlin Film Festival, Steven Soderbergh’s “Unsane” was shot entirely with an iPhone. “Breathe” star Claire Foy also stars in “Unsane” as a woman seeking psychological support to get rid of her suspicions that her ex-boyfriend is following her but is being held in hospital against her will. . With its surprising twists, this film is also technically accomplished.

Palestinian director Annemarie Jacir takes a loving look at the Arab Christian community in Nazareth. Grumpy Abu is in his sixties and walks the streets of Nazaret with his son Shadi to hand out wedding invitations. They sometimes joke with the colorful faces of the millennial community and sometimes bicker. Saleh Bakri, who has starred in other Jacir films, plays a real father and son with his father Muhammed. This short film will warm your heart with delicately written characters and street jokes.

Awarded at the Cannes, Venice and Sundance Festivals for his short films to his credit, Ali Asgari continues to discover the beauty of life through the characters’ daily problems and their pain. Set on a cold and long night, “Disappearance” follows the conditions surrounding Tehran through two young lovers in desperate search of a hospital. The young couple, facing various obstacles ranging from bureaucracy to intolerance, soon begin to lose their young optimism as they are gradually drawn into tragedy. Created in the Horizons section of the Venice Film Festival, “Disappearance” criticizes Iran’s dysfunctional healthcare system and at the same time the country’s position.

Premiering at the Toronto Film Festival, “Killing Jesus” shows how Colombian drug cartels are destroying Colombia’s social structure through a story of revenge. The film follows Lita whose university father and human rights defender is assassinated. A college student, Lita takes matters into her own hands when she realizes the reluctance of the police to do anything and despite the vicious Medellin cartel, she decides to track down her father’s killers and get away from it all. revenge. Director Laura Mora Ortega was inspired by her terrible childhood memories. The film stars amateur actors to keep the gang slang and cartel dynamics alive.

“Ramen Heads” follows the history of making ramen, Japanese noodles, which requires many years of training in Japanese culture through ramen master Osamu Tomita. “Ramen Heads” follows Tomita’s obsession with finding the perfect ingredients for the perfect ramen as well as how to prepare and cook them while explaining how culture is influenced by food. The “Ramen Heads” premiered at IDFA Amsterdam and the San Sebastian Film Festival and is the feature debut by popular TV documentary maker Koki Shigeno.

Known for his “Miss Violence” by the followers of the festival, Alexandros Avranas has again focused on Greek society, in the midst of material and moral depression. Becoming a thriller from a social drama, then moving on to a horror, “Love Me Not” travels across genres and is based on real events. With his disturbing script and relentless social criticism, he pushes the boundaries of morality. A couple who want children find a young immigrant as surrogate mother. The young girl moves into the couple’s villa and begins to adjust to the couple’s life by getting to know them. Just when everything is going well, an accident ruins everything. 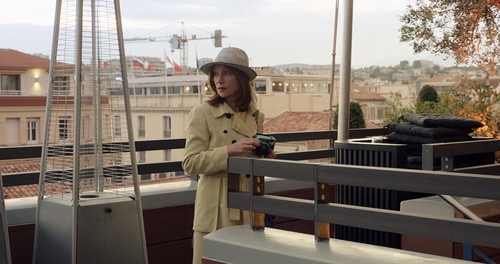 The story of South Korean star director Hong Sang-soo this time follows two women, a Parisian teacher Claire who thinks she can change people’s lives with her photographs and Manhee, an employee of a Parisian school. movie company that was recently fired from its job. Sang-soo worked with Isabella Huppert, with whom he also collaborated in 2012 for “In Another Country”, and her favorite star Kim Min-hee to follow the sweet conversations of these two lonely women and the effect of the art and film about people. This second Sang-soo film, premiered at the 2017 Cannes Film Festival, is light, sincere and elegant.

“I would prefer to stay in India”

5 must-see Portuguese cities where international films have been shot

Plays, international films and exhibitions: the best things to do in Singapore this week, Lifestyle News